Millions of people participated in FFHC in a myriad of ways. The contributions were varied; organizations of all kinds, influential individuals, politicians, artists, musicians and people across the world were inspired by FFHC to fight hunger and malnutrition. 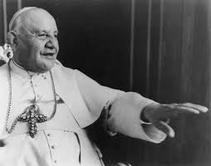 Pope John XXIII blessed the Freedom From Hunger Campaign in 1963 and sent representatives to some of the early    national committees. Learn about this here.  He and his successor, Pope Paul XI, in part because of their proximity to FAO, regularly sent representatives to meet with FAO DG BR Sen and FFHC staff to advise and spread the Campaign message through the church. 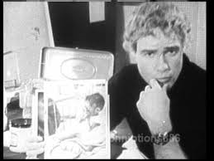 In 1966 Marlon Brando appeared in television commercials for UNICEF that were used in the Australian Freedom From Hunger Campaign.

See the videos here and learn more about Brando's role with UNICEF here.

In 1963 Queen Elizabeth  II made the Freedom From Hunger Campaign the subject of her annual Christmas
Address.

JFK on Freedom From Hunger: We need only the will.

In 1963, at FFHC's First World Food Congress, John F. Kennedy called the world to action: We have the means, we have the capacity to eliminate hunger from the face of the earth in our lifetime. We need only the will.

In June 1963, The Beatles signed autographs at the Town Hall in Abergavenny
for 3p each with the money going to the Freedom From Hunger Campaign. 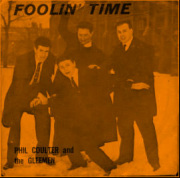 Phil Coulter and the Gleetmen

Phil Coulter (piano and vocal), Rory O'Prey (guitar), Cel Fay (bass guitar)  and Phil McConnelogue (drums) and sound recordist Peter Lloyd were featured, and the record was produced by Ulster  Electronic Developments in May Street, Belfast. All proceeds were donated to 9  local and international charities, including Freedom from Hunger Campaign, The  Lord Mayor's Coal Relief Fund and the Red Cross. 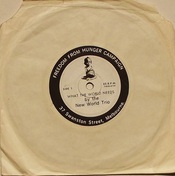 What the World Needs

In 1966, the New World Trio, a folk group from Brisbane Australia,  recorded the song "What the World Needs" to support the Freedom From Hunger  Campaign drive in Victoria. The composer was David Kircaldie.

The song was used on radio and television and it aroused such enthusiasm that  it was printed as a 45 r.p.m. record. On side B was a short history of FFHC and its objectives. The record sold for AD$1.


What the World Needs

Today in the world there is / hunger and heartbreak / With each passing day the problem gets worse
And only a mountain of money / will fix it / Time now to loosen the strings / of your purse!

In this land of ours not one / empty belly / The living is easy the times / They are good
Our children grow strong the / way God intended / While kids in some countries / are crying for food!

In the countries far off there / are kids who are frightened / With small bellies empty / and hearts full of hurt
Innocent babies bewildered and / crying / All caught up in something that / they didn't start!

Hunger and misery. Terror and sorrow / These are the things that / tomorrow will bring
Unless we act now for a world / that's united / Make Freedom from Hunger the / song that we sing. 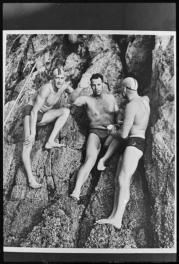 In November 1962 Barry Davenport swam the Cook Straits NZ to launch Operation 21 to
support FFHC - see and hear story here http://goo.gl/H4k3R. Devenport was the
first European to complete this swim.

In this photo he is shown, soon after making it to the South Island, flanked
by support swimmers from the Worser Bay Life Saving Club.

The RAF and the local population of Shetland both had (and still have) a reputation of philanthropy, and in 1963-1964 RAF Saxa Vord and the folk in Unst came up with a number of fund-raising ideas to support the Freedom From Hunger  Campaign.


RAF Saxa Vord was a radar station operated by the Royal Air Force. It was situated on the island of Unst, in the Shetland Islands, Scotland. Its radar provided long-range coverage of the airspace to the North of Scotland.

The island of Unst has played an important part in the defence of the UK since the outbreak of the Second World War. By 1945, there were two radar sites
in existence ? one on Saxa Vord hill, and the other at Skaw on the east coast. A naval unit opened in 1940 at Saxa Vord hill (also called "Saxavord"), and the RAF unit at Skaw was operational in in 1942, and was part of the Chain Home radar network as part of the defences of the Sullom Voe flying boat base. Skaw closed in 1947. Ten years later, 91 Signal Unit was formed, and became fully operational on 5 October 1957.

The RAF Saxa Vord and local islanders organized a number of activities to raise funds for FFHC - including a soccer tournament (July, 1963); on Christmas 1963, Radio Saxa Vord accepted a minimum donation of 1 shilling for song requests; and in 1964, the unit held and arts and craft fair which included entries by RAF cooks, landscape paintings by pilots and a number if items produced and donated by local islanders. 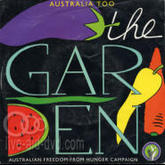 In 1985, the Australian country singer Johnny Ashcroft recorded a song called "The Garden" for the  Austalian Freedom From Hunger Campaign. It was released as a 45prm record (EMI)  - side B is "One World family." The song was also collected on the Australia Aid  recording for Live Aid.